Rice fragrance all over the rice field

A regular field visit of Angkor Rice staffs today reveals quality rice field is ready for harvesting. Today AKR's staffs visit Tang Saya, Moha Sang, Tumpua Mea and Tang Krou commune in Phnom Srouch and Samrong Tong district Kampong Speu province. Meetings between the associations and AKR staffs have taken place. During the meeting the farmers said they are ready for the harvest, "We are ready for the harvest, we will deliver all the products to Angkor Roongroeung and we will follow all the policy the company says" Mr. Hong Chon, president of Moha Sang association said. 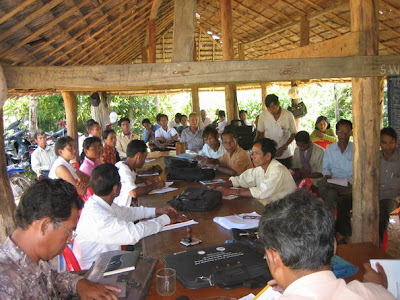 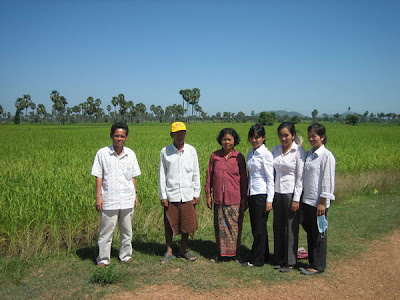 Miss May Sineth, agriculture expert of AKR, also comment about the rice field. "We have a good production this year, we can see that the rice tree is perfect. The rice grain is big and the fragrance is strong" 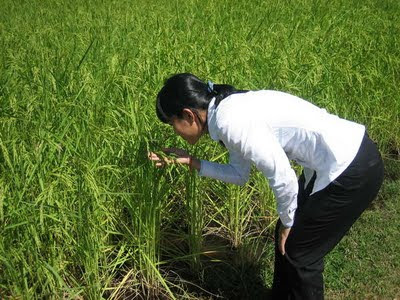 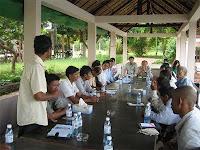 Mr. Chieu Hieng, chief executive officer of Angkor Kasekam Roongroeung, arranged meetings with farmer members during the last month of this rice season before the harverst. The meetings aim to exchange information between Angkor Rice and the Neang Malis rice growers.

Mr. Chieu told our reporter that the crop so far is good "the rain is enough for the rice field this year, thanks to the lastest monsoon"

During a meeting, the chief of commune Preah Sre said that "We have been working with Angkor Kasekam Roongroeung for 9 years already". "We don't want to sell to the Vietnamese paddy traders, eventhough they give the better price for a 100 riel per kilogram but their weight scales are less than 60% of the actual weight".

The farmers during the meeting also express their continuty support of Angkor Rice, "We expect to sell all of our rice to Angkor Kasekam, they have never cheat for the scale. We will also promote our neighbouring communes to grow the Neang Malis rice".

Mr. Chieu expects that the total Neang Malis rice growing this year will be more than 400,000 tons from the 4 provinces middle of Cambodia. "The cooperation between the farmers and Angkor Rice is stronger every year" he added. 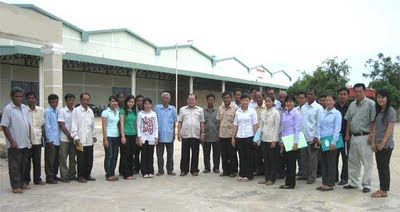 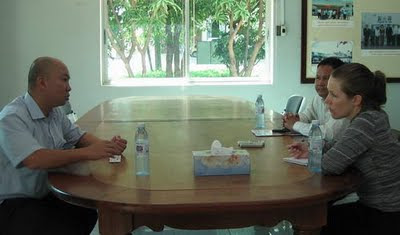 The mission of the representatives is to gather information about the rice sector from Cambodia. Mr. Adisorn Chieu, a representative of Angkor rice, has welcomed the delegates and provide market intelligence on the rice business and including the prospect of the industry.
Posted by AC at Wednesday, October 14, 2009

We are proud to announce that CAV Private Equity Management Sdn Bhd, the investment arm of CIMB group from Malaysia has successfully invest in our Company, Angkor Kasekam Roongroueng Co., Ltd. The deal was successful since last May 2009.

This will create strength in our rice business which, as a result, benefiting Angkor Rice's farmer members and our rice consumers.

The cooperation has seen by us as long term benefit to Cambodia and the tie between the two countries, Malaysia and Cambodia as well.