* Logistics could limit pace of investment in Cambodia 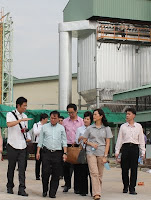 Cambodia is an interesting country to invest in. The rice quality is OK and there is plenty of land to grow more rice at cheaper costs," she said.

Korbsook said Thai exporters would be interested in milling rice and exporting them via a Cambodian port in a bid to get tax privileges from the EU rather than investing in rice planting. But the actual value of investments would depend on the development of Cambodia's logistical infrastructure.

Thai exporters had also sought to invest in Myanmar, but abandoned the idea due to the political uncertainty and unconducive investment climate in the neighbouring country.

Cambodia is targeting annual rice exports of 1 million tonnes of milled rice this year, dramatically up from the current volume of about 20,000 tonnes. [ID:nSGE67G0A9]

However, the goal was still small compared to Thailand, which ships around 10 million tonnes and Vietnam, which exports about 6 million tonnes. 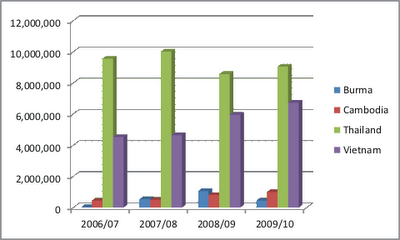 After years of political turbulence, including civil war and the deadly Khmer Rouge era, Cambodia's economy was in tatters by the end of the 1980s, when it produced around 7 million tonnes of rice, most of which was milled and re-exported by Vietnam.

Korbsook said producing and exporting rice from Cambodia would help expand sales in the Euro zone, with firms capitalising on the EU's zero-tariff "Everything but Arms" privileges, which it offers to less developed nations.

Cambodia is looking for foreign investors to boost its milling sector and it has allocated a budget of $23 million to the Ministry of Agriculture this year, up from $3 million in 2010.

However, Korbsook said investment in Cambodia by Thai exporters is not expected to be substantial over the next couple of years, as there were still some obstacles that could push up costs. 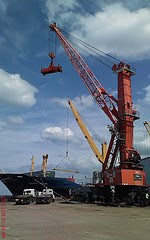 "The logistics system is still not ready for exports and that would result in higher costs," she said.

"We expect the Cambodian government to overcome this problem very soon and by that time, investing in Cambodia would be more interesting." (Editing by Martin Petty and Ramthan Hussain)
Related News
Top Thai-Cambodian rice traders meet up - vow greater cooperation on the trade / Angkor Rice News / March 31, 2011
Posted by AK at Tuesday, April 12, 2011